Archive for the tag “golden retriever”

I always knew “Lilo” was a really good dog.  But when I told the kids she was gone forever I realized she meant so much more…

In 2007, I was newly married, living in a small apartment with my wife and her Golden Retriever.  Upon return from the Honeymoon I discovered that this dog slept in the bed, which I found ridiculous.  Apparently this didn’t come up in pre-marriage counseling.  I wasn’t in a position to throw down the “its-me-or-the-dog” ultimatum; mostly because that first year of marriage was rough and I’m fairly confident Jackie would have chosen the dog.  So we compromised, and Lilo slept in the bed with us.  Such is marriage.

Truth is, Lilo was a darn good dog.  If she had a ball, she was happy.  Her needs were simple, and our life was simple then, too.

Before kids, Lilo was our “baby” – the one thing two newlyweds with different perspectives on life could almost always agree on.  Every night she would take us for a walk.  We needed it…

The Biggest Loser and The Best Trainer

We used to laugh when Lilo would run in the snow because she would inevitably collect snow-dingleberries on her fur.  Seeing those always made us happy, mostly because saying “snow-dingleberries” is everything it’s cracked up to be.

As for Lilo, she was a golden wuss…

There wasn’t much that DIDN’T scare her, but Lilo always knew when she needed to be there for us.  Through a miscarriage, I never knew exactly what to say. Lilo did far more to support Jackie in her silence than I ever could with words.  She was a darn good dog.

Eventually we did have kids, and that rocked our world.  Hers too…

Like most new parents, we were determined to continue giving Lilo the endless attention we always had.  And like most new parents, we soon realized that was a promise unkept.  But she loved the kids.  She wasn’t scared of them, and perhaps she should have been.  Lilo quickly became the world’s handiest step stool, pillow, and walker.  She was out-of-this-world patient with the kids. 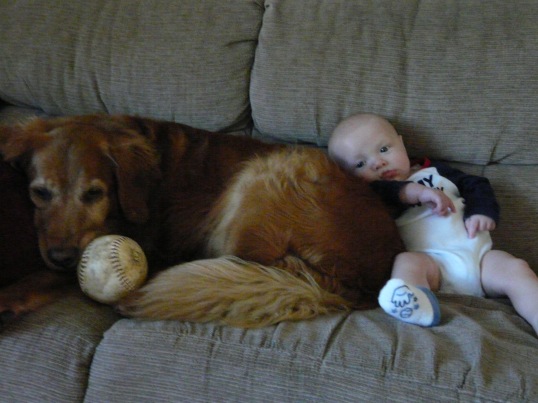 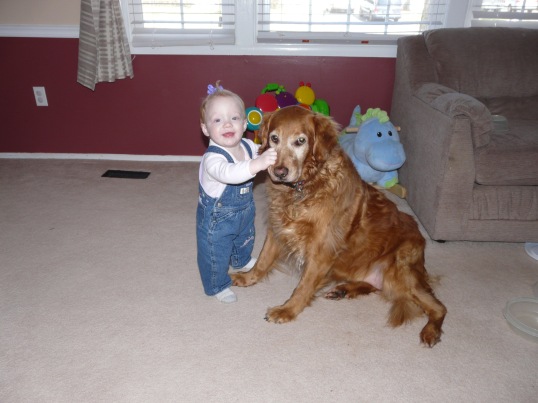 So yea, the kids loved her, and the feeling was mutual.  Our kids got away with all kinds of maltreatment and animal torture that other dogs wouldn’t put up with. They would literally smother this dog in their unconstrained love for her.  Every once in a blue moon the kids would take it too far and she’d snap at the them.  Sorry kids, neither of you are victims.

In the chaotic years that followed child-rearing, Lilo became a pseudo babysitter.  She was their best friend.  Those kids really loved that dog. 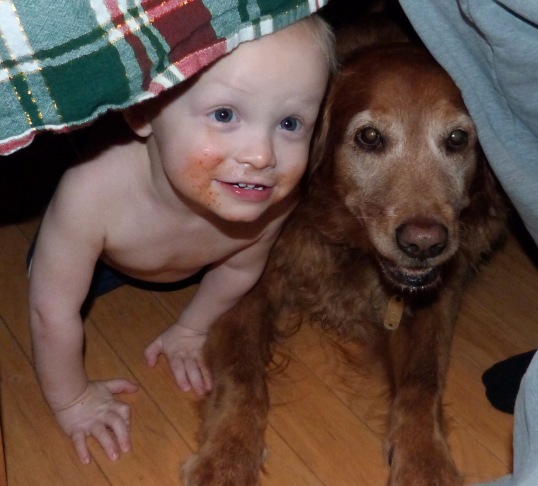 As the kids got older, she did too.  In the years that would follow Lilo lost a step.  She got sick – the tumors clearly visible.  When we got orders to Guam, we had a difficult decision to make.  At the time she was 14 years old.  Guam is miserably hot, and the vet couldn’t say with confidence that Lilo would even survive the 27 hour trip.  We left her in the care of Jackie’s mom.

As the year went by, Lilo’s condition continued to deteriorate.  The tumors kept spreading, and her body kept slowing down.  The girl who had been there for us all those years was dying.  It pained all of us to be so far away when she was now the one in need.

Amazingly, she hung in there.  Earlier this summer, Jackie and the kids headed back to Virginia for 6+ weeks to visit family while I was traveling for work.  Lilo was on her last leg, but she was still with us.

I was able to join the family a few weeks later and the dog I saw was unmistakably different than the one I remembered.  This was the face of a dog who was clearly ready to go.  She had stopped eating, could barely move, and couldn’t keep down water.  And she was vomiting blood.  The end was near.

We decided to tell the kids.  Specifically, I told them Lilo was old, sick, and was going to die soon.  Of course, this hurt.  Our daughter took the news especially hard, and  wandered inconsolably around the house for the rest of the day refusing to talk to me.  As hard as this was, it gave the kids a chance to say goodbye.  And over the course of the next few days, that’s exactly what they did.

Lost in all of this is how hard this was for Jackie.  This was her dog – the one who had been there long before I ever came into her life. Jackie gave me her hand in marriage, but it came with a dog named “Lilo.”  I would have had it no other way. 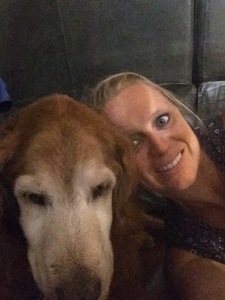 We always hoped Lilo would just fall asleep and not wake up, but that wasn’t to be.  And we could see it in her eyes: it was time.  Her veterinarian is one of the best in the world, and allows you to decide where the dog’s final moments will take place. Not surprisingly, Lilo was always terrified of the vet office, so he came to my mother in law’s house.  Sitting in the yard she loved so much, Jackie and I said a prayer, and then we watched as the life went away from her in the blink of an eye.  Goodbye girl.

Then came the even harder part.  I wanted the kids to have a chance to say goodbye one last time, even though she was already gone.  We didn’t think it would be fair to just tell them she died and they would never see her again.  So I walked inside and told them I had bad news and they needed to sit down.  I didn’t mince words:  “Kids, Lilo is gone.  She died.”

The screams were immediate.  Man this one really hurt.

I brought them outside and they said goodbye with blinding tears in their eyes.  The sorrow was raw.  “I DON’T *WANT* LILO TO BE IN HEAVEN!!!” is all Jimmy could manage to say.  He would continue saying that for hours.  “WHY DID SHE HAVE TO DIE!!!” is all Riley said the rest of the day.

I hear you, kids.

I’ve often viewed dogs as pets, but it was only until I saw how hard my family took this loss that it truly dawned on me: Lilo was so much more to us than a “pet.”  She was family.  Shame on me for not seeing it this way all along.

That Lilo passed while we were all visiting from halfway across the world was nothing short of a storybook ending on an amazing life.  Lilo was a good dog, and we will miss her.  The kids are doing well, and we have no regrets about the manner in which we told them the unfortunate news.  They deserved to be a part of the end.  That was their girl too.

Lilo made it her mission to support us in good times and bad.  And in this she succeeded.  I’m sure she knew it too.  In fact, the last thing I said to her was “you did a really good job, girl.”

And indeed she did. 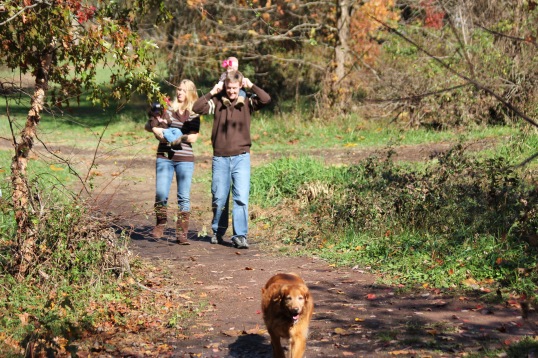 NOTE: A special thank you is owed to Tricia Craddock, my mother in law, for taking such good care of our favorite dog in her final year.  I also want to thank Dr. Peter Hyatt of Pender Vet Animal Hospital in Fairfax, VA – in addition to his expertise, he has a genuine love of animals and comes highly recommended by our family.